An ice pick to the eye – my TMJ history 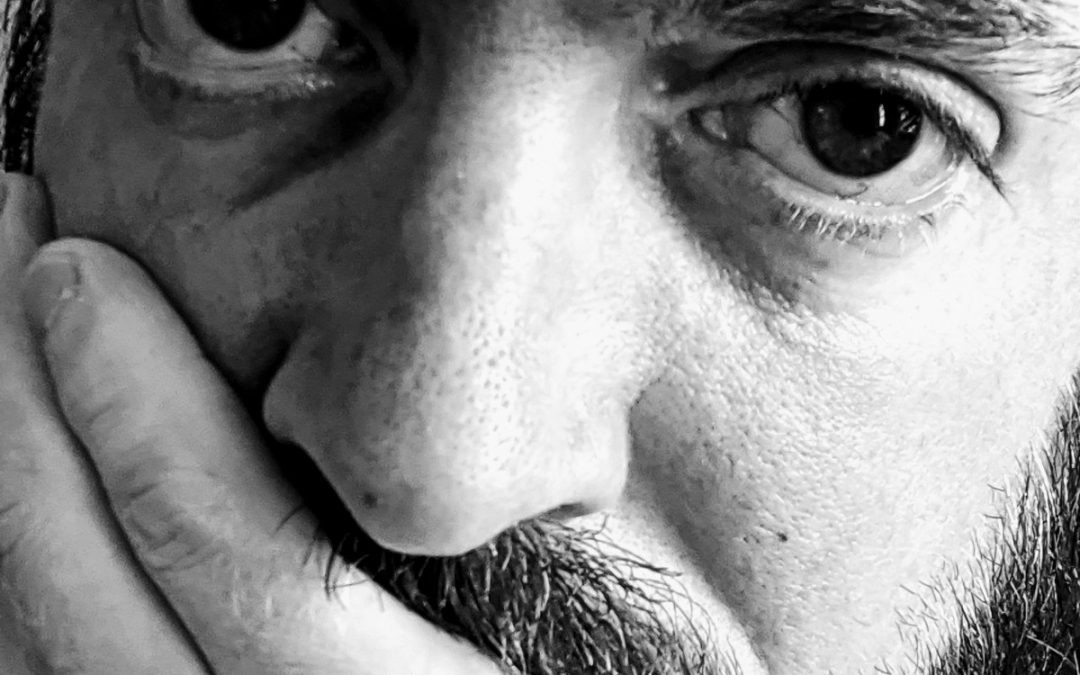 Yes, that does sound really painful, and for those that suffer with TMJ (TemporoMandibular Joint) problems it can be horrific.  Those of you who have had a treatment from me will know that I will often ask if the person who is being treated clenches their jaw or has had any dental work.  Many are bemused by this question, but others are surprised that I can tell this.  It’s not that I can necessarily tell, but the jaw has a large significance to how the body functions and moves, I’ll look at that in another post.

This post is more about my own personal history of TMJ dysfunction, and my journey to where I am now.

During my twenties, and for most of my thirties, I used to suffer from periodic, intermittent, debilitating migraines.  For me they were centred around my forehead and eyes, particularly my left eye, and they were a stabbing pain.  Which is why I desccribed them as feeling like someone was stabbing me in the eye with an icepick. I was also very sensitive to light and sound.

The first time I suffered from pain as intense as this it was diagnosed as sinusitis (infection and inflammation of the sinus cavities in the face) and I spent the whole night at a friends house watching the clock waiting for the next time I could safely take paracetamol.  That infection was treated with antibiotics and things cleared.  The next time I felt something similar I went straight to the GP and got antibiotics as I never wanted to experience pain like that again. That first time it felt like my teeth were throbbing and I wasn’t sure that they weren’t going to explode along with the rest of my face and I didn’t know if I needed to go to the Doctor or a Dentist.

The Doctor was initially not happy to give me the antibiotics as it wasn’t severe enough and suggested I try other things first, such as steam inhalations and the sniffing with my head hanging over the edge of the bed.  These things sort of helped, but didn’t really do much.  I then started taking painkillers that were meant to help the sinuses.  I took them each time I felt any sort of sinus area discomfort, but not if I didn’t need them.  I never went anywhere without a packet of them.  I was working in retail at the time as a department and store manager, and this pain would come, I’d take painkillers it would go after a few days and then I’d be fine.  I never really mentioned it to anyone as I was able to cope and I knew that the pain medication kept it at bay.  It would rarely get to the point where I couldn’t see properly and it felt that I had an ice-pick in my left eye, that really became an issue when I started working in an office and I was stuck behind a computer all day.

So when I was working in IT, about every four to six weeks I would get a blinding, and I mean blinding, headache.  That headache where it felt like someone was stabbing me in the eye, and I would have to go home and lie in a dark room.  Eventually the sinus focussed painkillers weren’t doing much, and someone suggested I used Syndol and they were bliss.  They became the painkillers of choice for the intermittent headache.  I was working in IT at that time, and still didn’t mention these headaches to anyone, why would I?  They were intermittent, and I had a coping mechanism that allowed me to keep going.

The interesting thing about Syndol, at the time, is that one of the active ingredients in them was a muscle relaxant.  They have subsequently changed the formulation as they had a tendency to be addictive, and I found them less helpful.  Even knowing that the active ingredient was a muscle relaxant, I still didn’t think that my headaches could be muscular in origin, even when I started to get regular massages.

After I retrained as a Sports & Remedial Massage Therapist, I came across the concept of trigger points, and found them intriguing.  One of the first light bulb moments was on reading that trigger points could cause headaches and this could be coming from the neck and jaw.  Still, I didn’t really pursue getting things treated, as the headaches were infrequent and I could cope with my trusty painkillers.

Then I came across Myofascial Release.

In the third weekend of the MFR UK structural series, we worked inside the mouth. I think Ruth described the possible sensations from tension in the TMJ and I knew that I had issues here… So my hand went up to be the sacrificial lamb, sorry guinea pig, that is demonstrated on. As I frequently say to people, I have experienced all the techniques that I know.

Oh. My. God. The pain I experienced was intense, beyond intense.  It was the closest I ever came to having to ask someone to stop a treatment because the pain was too much.  When I told the class how it was, they were surprised I’d volunteered if I knew it was going to be so bad, but I knew that I had wanted someone who knew what they were doing poking around in that area.

But then the space and freedom I felt was amazing, and I HAD NO HEADACHE FOR THE NEXT THREE MONTHS, so I signed up for more TMJ focussed approaches. That was in October 2012, and then again in Spring 2013

I also knew that Myofascial Release was for me.  My headaches were connected to my jaw, and they had always been flagged during the treatments as my jaw was involved.  I had never listened to my body before.

It would be misleading to say I’ve never had an “Ice-pick in the eye” headache again, but since 2012, I’ve had three or four.  Those came when I was really stressed. Also, because they were now so infrequent I realised the headache was my body screaming “STOP” at me.  That awareness made me realise that my body is constantly talking to me and has a series of warning signs to say it is feeling stressed.  I am getting much better at listening to what my body is telling me.

So why did this happen to me as it did?

Why does my body use this as a signal for me to stop.  I think there are a couple of things involved.

So there’s my story.  My TMJ isn’t “cured” as mine is functional (the way I use my body) and not structural (for which I’m really glad).  Ultimately the main issue is the way I store tension in my body, and how I use my body. However, I am using the those tensions to listen to my body, knowing that they are signs  and signals on how my body is feeling.  I’m also continuing the journey to unravel the connections and uncover earlier signals of stress in my body.

I do love the following saying “If you listen to your body when it whispers, you won’t have to hear it scream.” 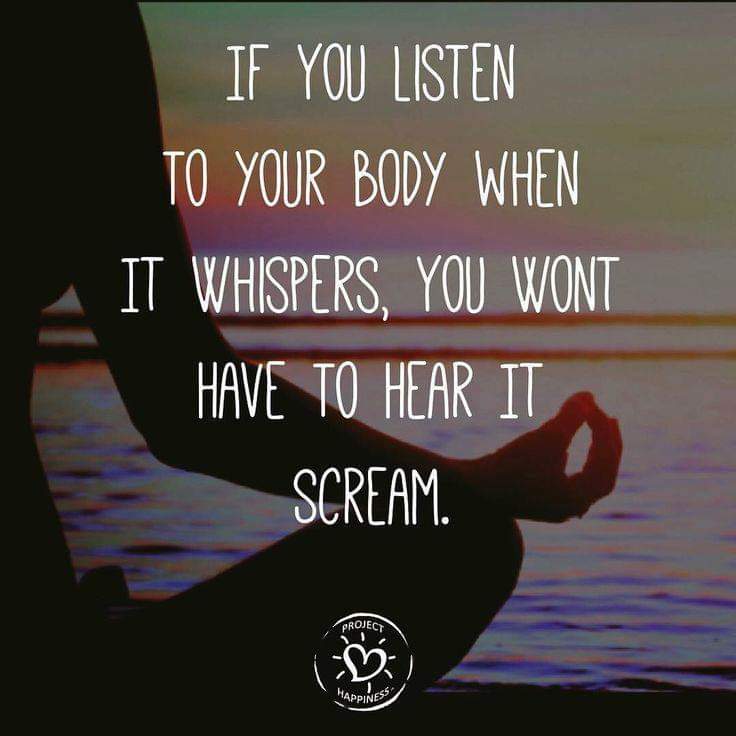 So that’s my TMJ story, and I hope that it gives you an insight into why I am passionate about Myofascial Release and also helping people with the TMJ.  It is also part of the reason I have completed the TMJTherapy® course and now offer the TMJSOS® online support. 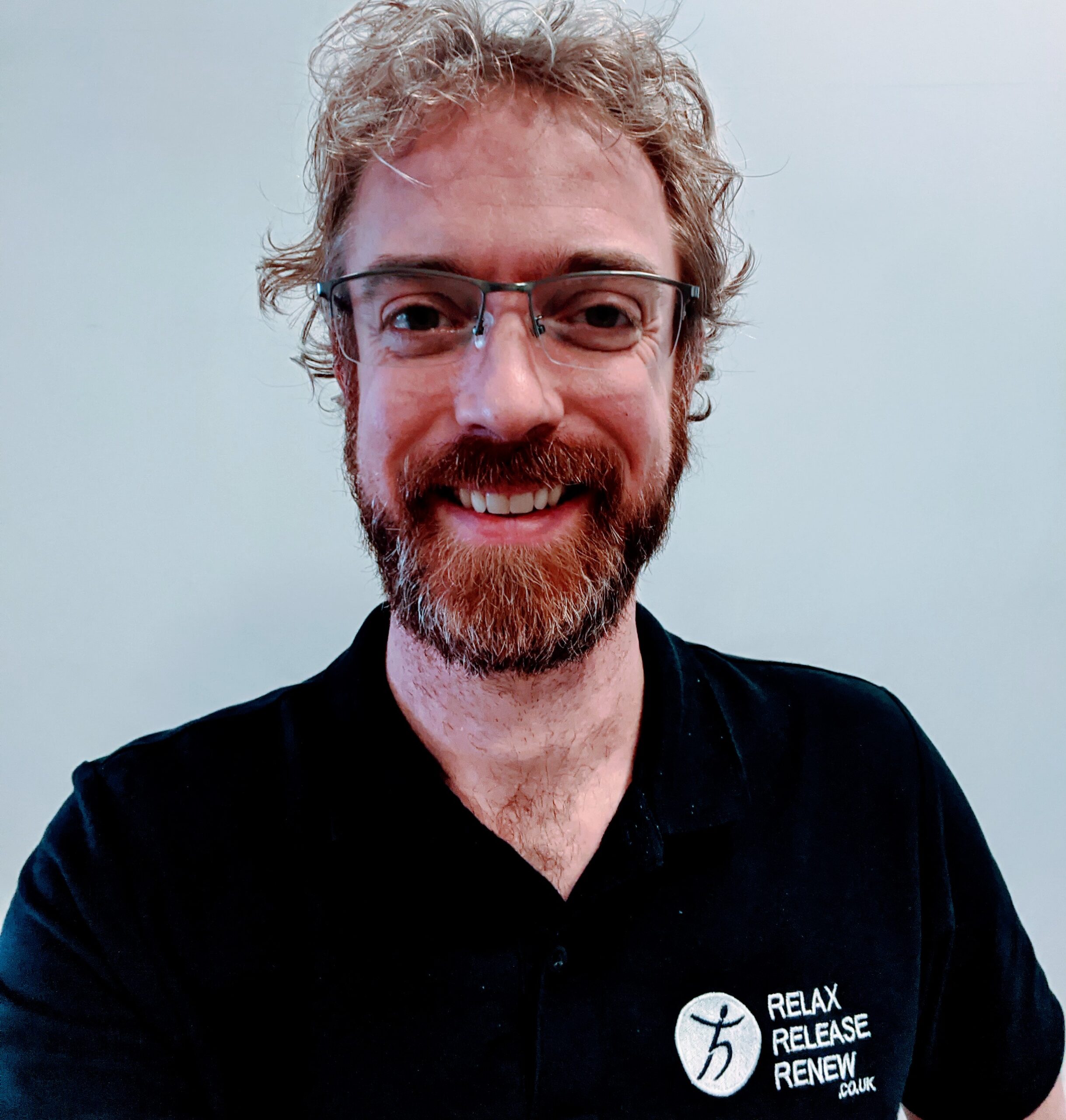 PS.  Oh, I should also possibly mention a book that I found really helpful in understanding how the TMJ works, and looks at other elements in a person’s lifestyle.  It is written by an american so has a particular flavour to it, but still very useful.  Oh and confirmation bias exposure: he talks about the type of MFR that I practice.